By chefsilvia on April 9, 2005 in Cooking Basics, free resources 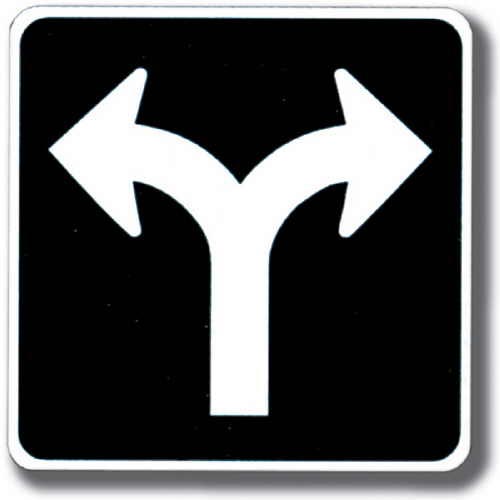 What if I told you that simply knowing the difference between 2 Basic cooking methods would make you a much better cook?

If you, for example, brought home a really expensive piece of filet mignon, you’d have a 50/50 chance of it being delicious or inedible. I personally don’t think those odds are too hot. Here’s what you need to know to greatly improve your chances for a great tasting dish.

All cooking falls into one of these 2 categories: Dry heat or Moist heat.

Dry heat cooking means transferring the heat directly to the food without the use of a liquid. Oil and fat are not considered liquids. Why? Because oil and water don’t mix so they don’t transfer moisture to the food. It remains dry. Frying therefore is dry heat cooking and so is sauteing.

This cooking is done using high heat – anything over 300 degrees – so it’s fast.

Here are dry heat methods and their definitions (by Wikipedia)

Pan Searing: is a technique used in grilling, baking, braising, roasting, sautéing, etc., in which the surface of the food (usually meat, poultry or fish) is cooked at high temperature so a caramelized crust forms. Similar techniques, browning and blackening, are typically used to sear all sides of a particular piece of meat, fish, poultry, etc. before finishing it in the oven. To obtain the desired brown or black crust, the meat surface must exceed 150 °C (300 °F), so searing requires the meat surface be free of water, which boils at around 100 °C (212 °F).

Although often said to “lock in the moisture” or “seal in the juices”, searing has been demonstrated[1] to result in a greater net loss of moisture versus cooking to the same internal temperature without first searing. Nonetheless, it remains an essential technique in cooking meat for several reasons:

• The browning creates desirable flavors through caramelization and the Maillard reaction.

• The appearance of the food is usually improved with a well-browned crust.

• The contrast in taste and texture between the crust and the interior makes the food more interesting to the palate.

Typically in grilling, the food will be seared over very high heat and then moved to a lower-temperature area of the grill to finish cooking. In braising, the seared surface acts to flavor, color and otherwise enrich the liquid in which the food is being cooked.

Grilling and Broiling: Grilling is a form of cooking that involves dry heat applied to the surface of food, commonly from above or below. It is sometimes referred to as barbecuing but that word can also mean a different cooking technique.

Grilling usually involves a significant amount of direct, radiant heat, and tends to be used for cooking meat quickly. Food to be grilled is cooked on a grill (an open wire grid such as a gridiron with a heat source above or below), a grill pan (similar to a frying pan, but with raised ridges to mimic the wires of an open grill), or griddle (a flat plate heated from below).[1] Heat transfer to the food when using a grill is primarily via thermal radiation. Heat transfer when using a grill pan or griddle is by direct conduction. In the United States and Canada, when the heat source for grilling comes from above, grilling is termed broiling.[2] In this case, the pan that holds the food is called a broiler pan, and heat transfer is by thermal radiation.

Roasting: is a cooking method that uses dry heat, whether an open flame, oven, or other heat source. Roasting can enhance flavor through caramelization and Maillard browning on the surface of the food.

Roasting uses indirect, diffused heat (as in an oven), and is suitable for slower cooking of meat in a larger, whole piece.[1] Meats and most root and bulb vegetables can be roasted. Any piece of meat, especially red meat, that has been cooked in this fashion is called a roast. In addition, large uncooked cuts of meat are referred to as roasts. A roast joint of meat can take one, two, even three hours to cook – the resulting meat is tender. Also, meats and vegetables prepared in this way are described as “roasted”, e.g., roasted chicken or roasted squash.

Baking: is a food cooking method using prolonged dry heat acting by convection, rather than by thermal radiation, normally in an oven, but also in hot ashes, or on hot stones.[1] The most common baked item is bread but many other types of foods are baked. Heat is gradually transferred “from the surface of cakes, cookies and breads to their centre. As heat travels through it transforms batters and doughs into baked goods with a firm dry crust and a softer centre”.[2] Baking can be combined with grilling to produce a hybrid barbecue variant, by using both methods simultaneously or one before the other, cooking twice. Baking is related to barbecuing because the concept of the masonry oven is similar to that of a smoke pit.

Sauteing: is a method of cooking food, that uses a small amount of oil or fat in a shallow pan over relatively high heat. Ingredients are usually cut into pieces or thinly sliced to facilitate fast cooking. The primary mode of heat transfer during sautéing is conduction between the pan and the food being cooked. Food that is sautéed is browned while preserving its texture, moisture and flavor. If meat, chicken, or fish is sautéed, the sauté is often finished by deglazing the pan’s residue to make a sauce.

Sautéing is often confused with pan frying, in which larger pieces of food (for example, chops or steaks) are cooked quickly, and flipped onto both sides. Some cooks make a distinction between the two based on the depth of the oil used, while others use the terms interchangeably.[2][3][4]Sautéing differs from searing in that searing only browns the surface of the food. Olive oil or clarified butter are commonly used for sautéing, but most fats will do. Regular butter will produce more flavor but will burn at a lower temperature and more quickly than other fats due to the presence ofmilk solids, so clarified butter is more fit for this use.

Frying: Shallow frying is a type of pan frying using only enough fat to immerse approximately one-third to one-half of each piece of food; fat used in this technique is typically only used once. Deep-frying, on the other hand, involves totally immersing the food in hot oil, which is normally topped up and used several times before being disposed. Deep-frying is typically a much more involved process, and may require specialized oils for optimal results.

Moist heat cooking is done slowly using lower temperatures – anything under 212 degrees. Water doesn’t get any hotter than that. Make sense? The methods for this type of cooking are below.

Steaming: works by boiling water continuously, causing it to vaporize into steam; the steam then carries heat to the nearby food, thus cooking the food. The food is kept separate from the boiling water but has direct contact with the steam, resulting in a moist texture to the food. This differs from double boiling, in which contact with steam is undesired.

Such cooking is most often done by placing the food into a steamer, which is typically a circular container made of metal or bamboo. The steamer usually has a lid that is placed on the top of the container during cooking to allow the steam to cook the food.

Simmering: is a food preparation technique in which foods are cooked in hot liquids kept at or just below the boiling point of water[1] (which is 100 °C or 212 °F at average sea level air pressure), but higher than poaching temperature. To keep a pot simmering, one brings it to a boil and then reduces the heat to a point where the formation of bubbles has all but ceased, typically a water temperature of about 94 °C (200 °F).

Braising: is a combination cooking method using both moist and dry heat; typically the food is first seared at a high temperature and then finished in a covered pot with a variable amount of liquid, resulting in a particular flavor. Braising of meat is often referred to as pot roasting, though some authors make a distinction between the two methods based on whether additional liquid is added. Braising relies on heat, time, and moisture to break down the tough connective tissue collagen in meat, making it an ideal way to cook tougher cuts

Boiling and Poaching: Boiling is the method of cooking food in boiling water, or other water-based liquid such as stock or milk. Simmering is gentle boiling, while in poaching the cooking liquid moves but scarcely bubbles.

Boiling is a very harsh technique of cooking. Delicate foods such as fish cannot be cooked in this fashion because the bubbles can damage the food. Foods such as red meat, chicken, and root vegetables can be cooked with this technique because of their tough texture.

Now don’t freak out if this sounds like too much to choose from or absorb. You don’t have too. This is meant to simply be an all-in-one-place reference so when a recipe asks to to braise – for example – something, you can refer to this guide and know what they’re talking about.

If you want more in-depth or specific information on any of these techniques check out my new cooking course, There’s a Chef in my Kitchen