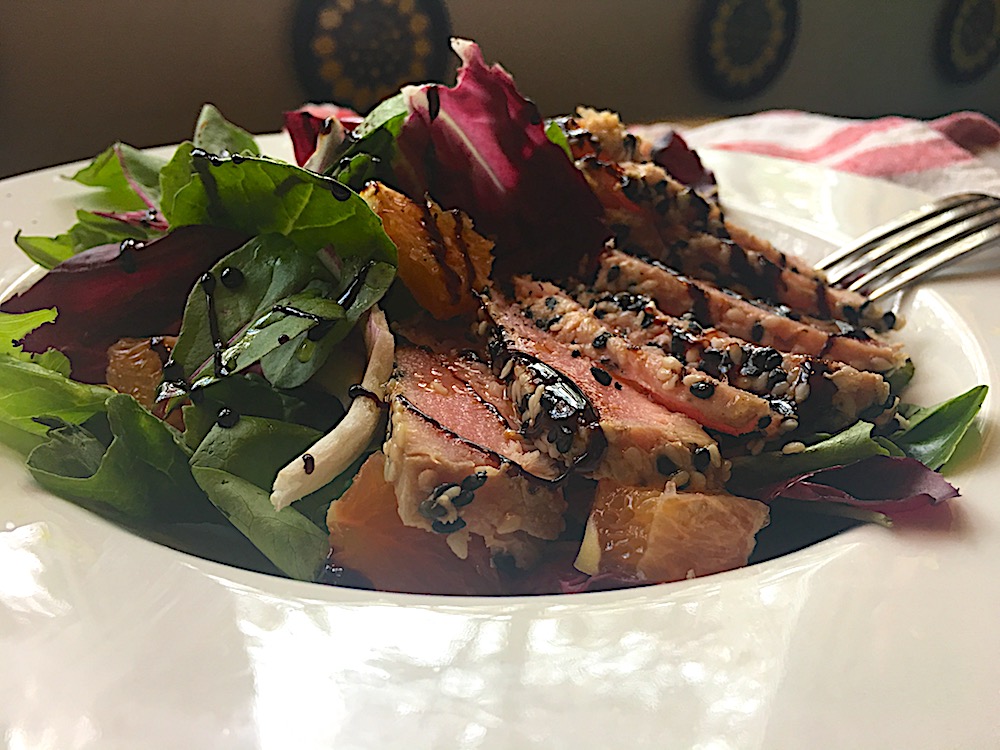 I made a sesame crusted tuna steak one night and then had this sensational looking Sesame Crusted Tuna Salad the next day! A double treat! I sliced it and added it to a salad of mixed greens and fresh oranges. I would have also added sliced fennel but I didn’t have any! But the citrus infused balsamic glaze was so good…I didn’t miss the fennel much. But go ahead…add the cold sliced tuna to whatever combination of greens you want. This flavorful almost raw tuna will no doubt mix well with almost any salad greens.

2 tablespoons black sesame seeds (or enough to cover the steak)

Salt and pepper to taste

Add to the pan and cook for about 2 minutes on each side or just until a small band of tuna turns opaque, flip and cook on the other side…being careful to leave the center raw. Do not overcook.

In the meantime, place the vinegar in a small saucepan over medium heat and cook until the liquid thickens and reduces by half. Remove from the heat and squeeze in the orange juice. As it cools it will thicken. If it appears to thick and doesn’t pour…place in the microwave for about 15 seconds to loosen it.

In a mixing bowl place the greens and the orange pieces. Add salt and pepper and drizzle with extra virgin olive oil. Toss and top with  tuna! 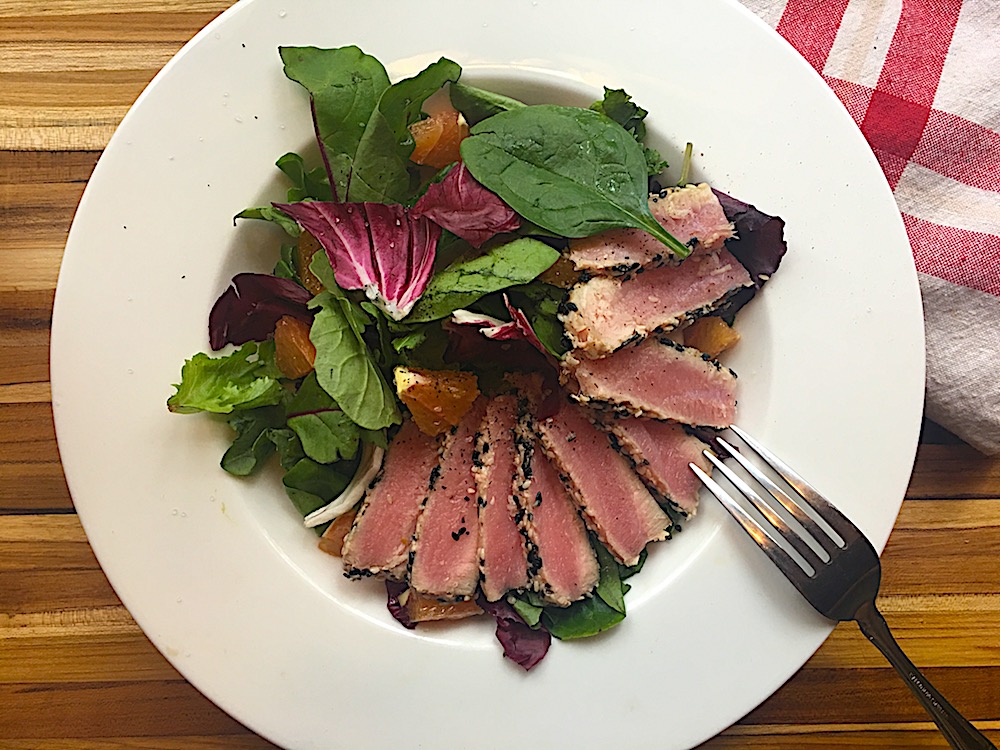 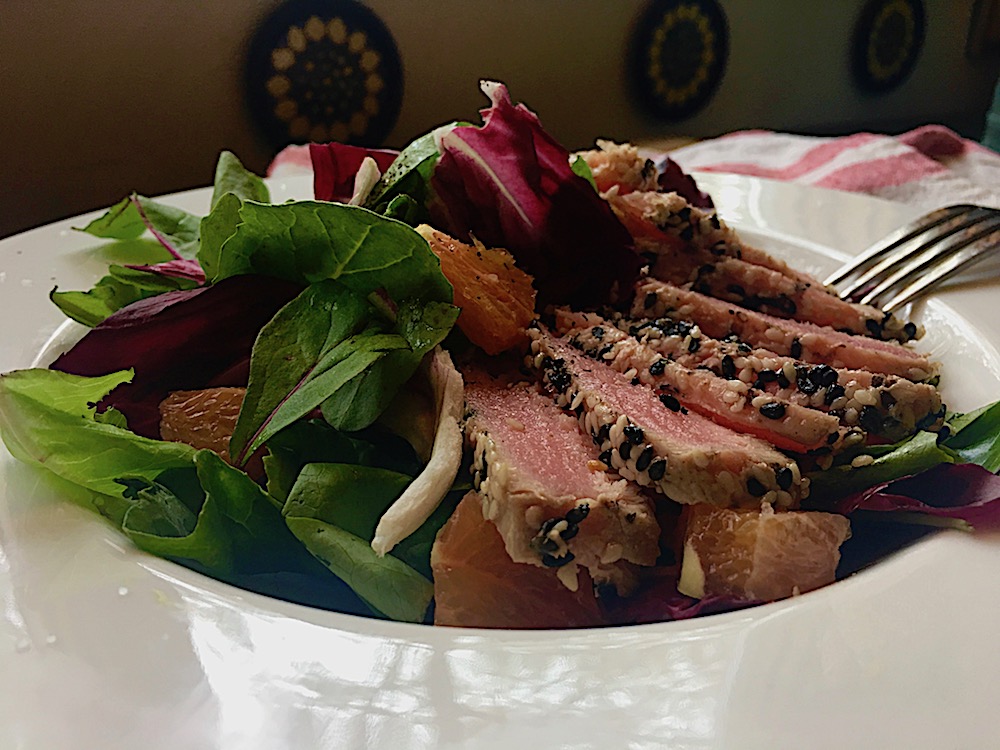