By chefsilvia on April 20, 2017 in Appetizer, Free Recipes, lunch, Side Dish, Vegetarian I love potatoes; fried, mashed, baked, roasted, sautéed…anyway you (or I or anyone) make them I’ll eat them. But very few ways beat the richness and depth of flavor as scalloped potatoes which combine, cheese, cream and butter baked into thinly sliced, layered potatoes. But all that creamy goodness can get a bit heavy, especially if they’re served with a roast ham, such as we had on Easter or turkey, that many of us have on Thanksgiving, or even as a side to lighter fare such as fish or chicken.

Since I love scalloped potatoes but I don’t love the feeling of being overly full after eating them, I decided to lighten them up by  mixing up the “cream” sauce used in classic scalloped potatoes. My sauce was a mix of broth, skim milk (or you can use almond milk for a vegan version) and a roux. The cheese on the other hand was full flavor using a mix of sharp cheddar and gruyere. No low fat cheese for me!

Enjoy this version and feel free to mix it up yourself by varying the cheese or adding a layer of vegetables such as spinach, kale or broccoli rabe. Experiment. It’s what makes cooking fun!

5 lbs (2.27 kg) yukon gold potatoes or your preference – sliced thin with a mandolin, grater, or spiralizer

Peel, wash and cut the potatoes using your favorite kitchen tool. I used a spiralizer and then cut through the stack to get individual potatoes. It worked perfectly.

Bring the liquid to a boil and cook for about 2 minutes, just enough to begin to cook the potatoes while keeping them still firm. Drain and set aside. 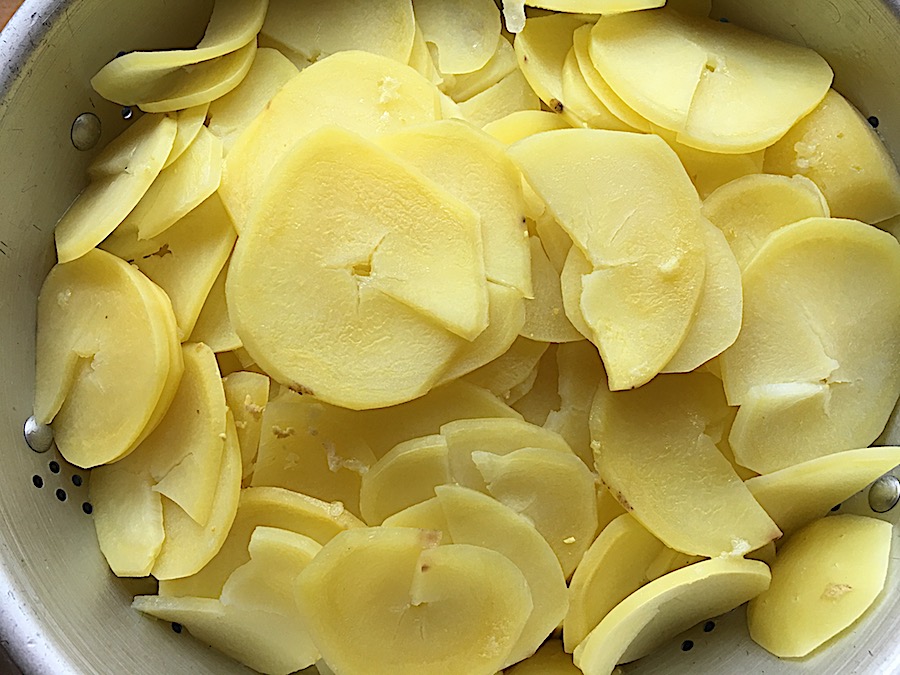 Next, take the remaining cooking liquid and place it into another container or bowl. Return the pot to the burner and turn the heat to medium. Add the oil or the oil/butter combo and heat until hot but not smoking. Add the garlic and cook just until it begins to color – about 30 seconds.

Add the flour, stir and cook for a minute or so stirring to keep from scorching. Slowly begin to add the cooking liquid, stirring with a wire whisk as you go until all the liquid is added. Lower the heat to medium/low and bring back to a boil and continue to cook until it thickens. If too thick, add a bit more broth or milk. If too thin, remove about a quart cup of the liquid into a separate bowl, add a few spoonfuls of flour, stir to incorporate until it makes a loose paste and pour it back into the sauce in the pan.

When the liquid has reached the consistency of heavy cream, remove from the heat, season with salt and pepper and set aside.

In a 11 x 13″ (or thereabouts) baking dish, begin the layering: sauce, potatoes, cheese, repeat. Save a bit of cheese for the top. 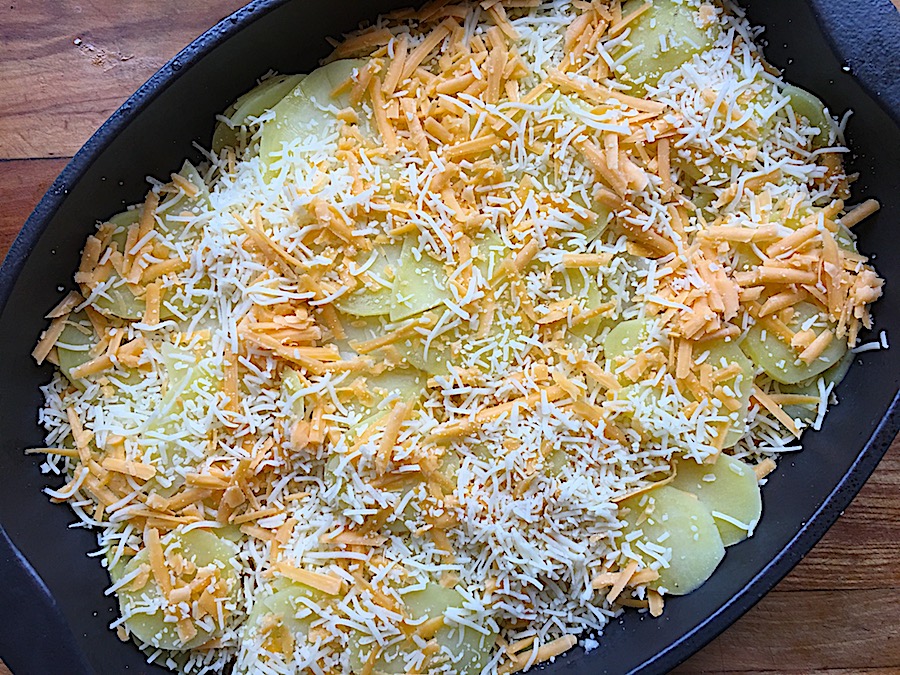 Next pour the sauce into to baking dish until it come level with the top layer of potatoes. Top with the remaining cheese.

Bake in a 350 degree (176.6 C) oven for about 45 minutes or until the potatoes are tender and the top is golden. The liquid will thicken and solidify as it sits a bit before serving. 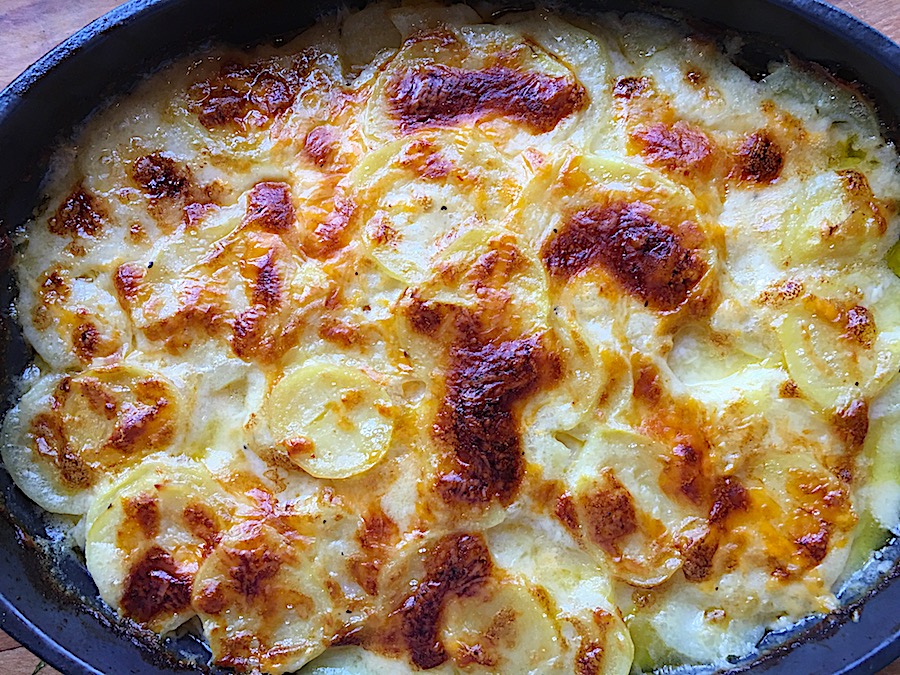